By KEMINovember 14, 2019News, Testimonials
No Comments 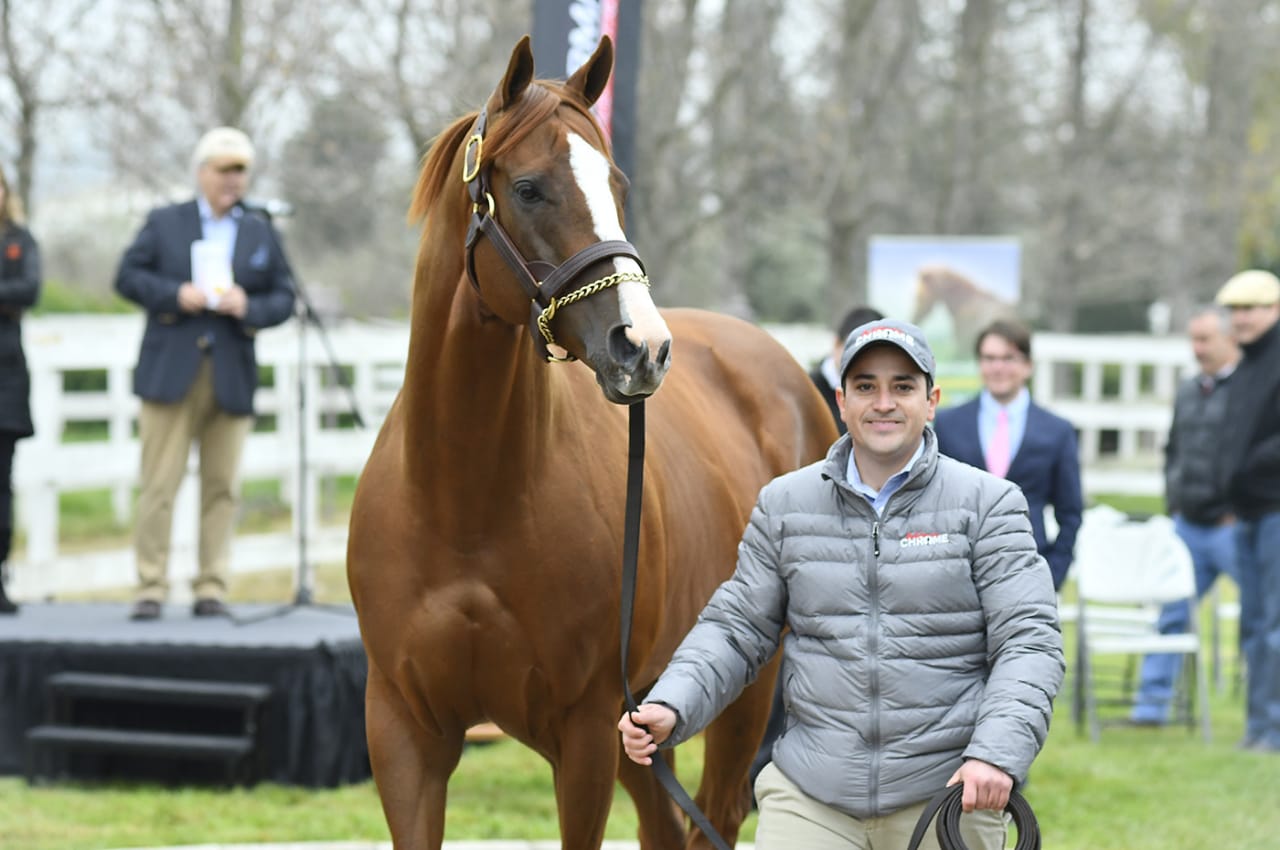 Montevideo, Uruguay is a long way from Lexington, KY—over 5,300 miles away, to be more precise. Additionally, the entire population of Uruguay is only 3.4 million people—less than the population of Kentucky, which is 4.5 million.

Traveling that far and into a country so large is daunting for even the most self-assured person; but it was but one small step on Sebastian Angelillo’s journey in the Thoroughbred industry. Sebastian arrived in Kentucky in 2011 to be a part of the KEMI program.

A Winding Road to the Bluegrass

Sebastian is no stranger to horses; his family used to own and race Thoroughbreds from his Haras Sureño farm when Sebastian was growing up. “I’ve liked horses since I was a kid,” Sebastian says. “I used to go to Maronas racetrack with my family and friends.” These experiences at the racetrack and with his father’s horses ignited in Sebastian a passion for the Thoroughbred industry.

Sebastian notes that in Uruguay, if one wanted to be involved in the Thoroughbred industry that their options are quite limited. “You could go to vet school, be a trainer or be a farrier—that’s about it,” he explained.  He completed a training course at San Isidro in Argentina and a few years of vet school until he decided that the business side of the industry was more in line with what he wanted to accomplish with his career.  “I always wanted to be in a place where I could learn from the best in the industry—and that’s what I did [by coming to Kentucky].”

Though Sebastian was emotional when he received the acceptance email from the KEMI program, he knew that heading to the States and being in the KEMI program would give him the best experiences in the industry—even if it meant leaving behind friends, family and his home. “The KEMI program was my first experience in a foreign country and it opened so many doors to me,” Sebastian reminisces.

Once settled in the KEMI program, the hands-on work quickly became Sebastian’s favorite. “That’s where I believe you get a real view and learn how to do things,” he explained. Sebastian was placed at Three Chimneys Farm during his time at KEMI. “I worked for Sandy Hatfield, the best guide ever,” he said.

All Over the Map

After graduation from KEMI, Sebastian went to Taylor Made farm and worked in the yearling division, where he had the opportunity to go to all the major yearling sales in Kentucky and Saratoga, as well as to the breeding stock sales in November. In 2012, Sebastian took part in the Irish National Stud breeding program internship. The goal of the Irish National Stud course is to offer students hands-on, practical training in every aspect of Thoroughbred breeding. While in Ireland, Sebastian also completed a yearling sales prep program at Staffordstown Stud and worked the major yearling sales in both Ireland and England.

After that, Sebastian headed to the Southern Hemisphere, where he worked at Widden Stud and Chatsworth Park in New South Wales, Australia. “I worked for a full year with mares, foals, weanlings, yearlings and stallions, and I also worked all the major sales there,” he said.

In June of 2014, Sebastian returned to Taylor Made Farm in Nicholasville, KY, to help in the yearling division; he also again assisted in the Saratoga and Kentucky yearling sales. Then, in September, Sebastian moved to Ocala, FL, and worked at Eddie Woods Training Centre to gain experience in the 2-year-old pinhooking business. He stayed in Florida for nine months: The horses were bought as yearlings and sold as 2-year-olds in the major sales.

In September 2015, Sebastian began working on a South American venture under the Taylor Made brand, building and developing relationships between Argentina, Brazil, Chile, Uruguay and the U.S.

A true go-getter in every sense of the word, Sebastian was the perfect partner for Taylor Made when they sought to expand their relationships in South America. Sebastian was the first Uruguayan ever to complete the Irish National Stud’s breeding course, which has hosted students from Argentina, Brazil, the United States, France, England, China, New Zealand, Jamaica, Mexico and elsewhere. Sebastian feels that what he learned from the course was integral to the negotiations for California Chrome’s shuttling to Chile to stand at stud.

Sebastian was instrumental in striking the three-year agreement for Chrome to stand at Haras Sumaya, near Santiago, Chile. There, the stallion covered 278 mares in his first two seasons and saw multiple first weanlings sell for six figures in 2018.

So what’s next on his agenda? “I’m trying to develop a sales company here in Uruguay,” Sebastian explains. “I will make the first-ever yearling selected sale in Uruguay on June 13.” Sebastian brought Tom Thornbury to Uruguay to inspect the young horses for the selection process.

Though the history of Thoroughbred breeding is rich and deep in South America, Sebastian has his sights set on bettering the industry as a whole. With his work ethic and successful track record, there’s no doubt Sebastian will leave a lasting mark on the Thoroughbred industry on multiple continents.