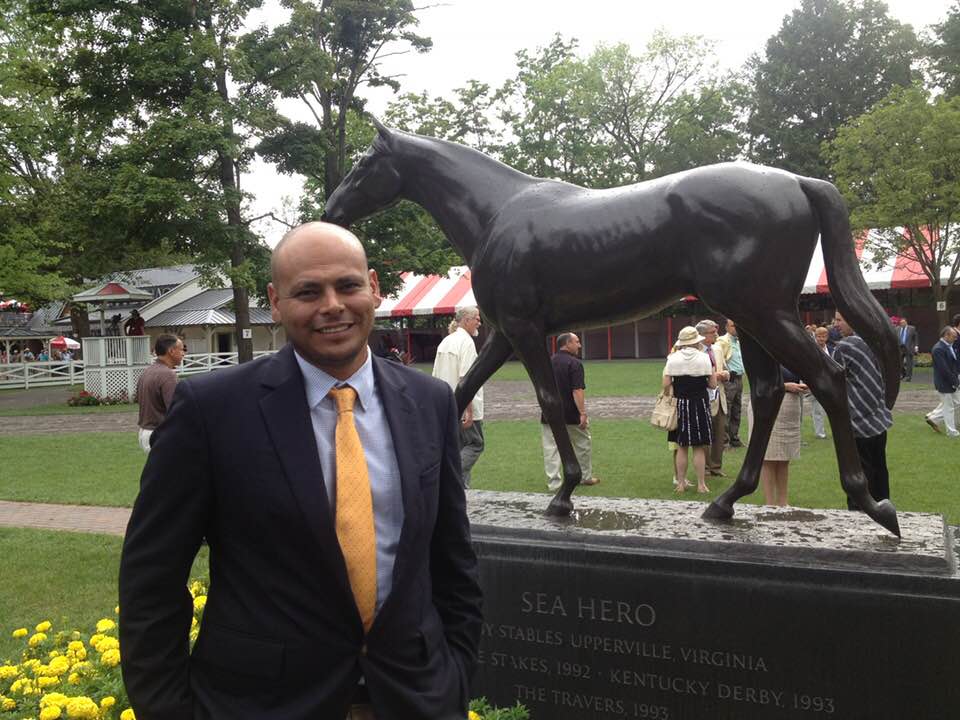 Growing up all across the Lone Star State, Adolfo Martinez graduated from Fort Davis Texas High School before attending Sul Ross State University in Alpine, Texas, where he studied Animal Science with an emphasis in Reproduction and Physiology.  “We always had horses around,” explains Adolfo, so going to school to pursue something equine-related was a no-brainer. While traveling to the Bluegrass for an equine symposium with his college advisor, Adolfo met force-to-be-reckoned with Shannon White, who at the time was the KEMI Program Coordinator. “I decided to take a break from my master’s-degree program and give it [the KEMI program] a try,” Adolfo explains. “I was ready for a change and was looking forward to gaining experience outside of the Quarter Horse industry.” 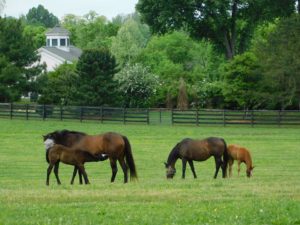 A Way of Life

This forward-looking way of thinking is truly engrained in Adolfo. Even before he arrived in Kentucky, he looked for opportunities and made sure he took advantage of options placed before him. Adolfo’s favorite part of the KEMI program “was meeting all the people I still continue to see today here in Lexington,” he explains. The amount of education available and the ability to network were instrumental in helping the KEMI students, he noted. “Everyone is helpful and knows contacts to get you where you need to be,” he explains. Though KEMI placed fantastic opportunities in front of Adolfo, the now-manager of Heaven Trees acknowledges that it “was my education and drive that helped me get what I needed out of KEMI.” While in the program, Adolfo was placed on Pin Oak Stud, where he was exposed to a lot of areas on the farm he was not as-familiar with and he had managers who helped him learn the skills he needed. After graduating, Adolfo worked for Thoroughbred powerhouses like Wimbledon Farm, where he flew with Lion Cavern to Australia; Mill Ridge Farm, where he shuttled Johar to New Zealand and worked in the foaling barns while in the States; Darby Dan Farm, where he was Broodmare Manager, then Assistant Farm Manager/Broodmare Manager; and Calumet where he worked with yearlings at their Bluegrass Farm division. Always looking forward, he then transitioned to his role as Farm Manager at Heaven Trees in Lexington, where he has been since November of 2016. Owned by Dede McGehee, Heaven Trees is a private farm with about 45 horses ranging from foals to retired broodmares and geldings. The farm consigns yearlings for the September sale and occasionally mares for the November sale.
“I love working on this farm,” Adolfo says. “The owner is great to work for and I have a great staff to work with; we do everything from horses to gardening to maintaining the farm grounds. 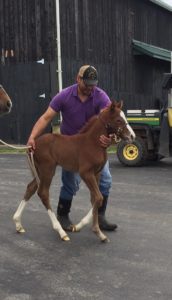 You Get Out What You Put In

One of the hardest parts of being a KEMI intern was feeling lost and like you didn’t understand what everyone was talking about, he explains. “As time passes, you catch up and it all makes sense,” he promises. When asked if he would complete the KEMI program again, without hesitation, Adolfo says “in a heartbeat!” On advice for students who see themselves in the Thoroughbred industry? “The days are long and some nights are longer. Dig deep and push your limit—it’s a very rewarding job.” Adolfo’s advice to incoming KEMI students rings just as true for those already entrenched in the equine industry: “Be ready to be open and bust your rear to make a difference. You never wanna be remembered for the bad, so make sure you leave a lot of good things behind.”
Truer words have rarely been spoken and, characteristically, Adolfo sums up his time in the Horse Capital as this: “[Working in this industry] has been a very fun and adventurous ride—and I’m looking forward to more.” 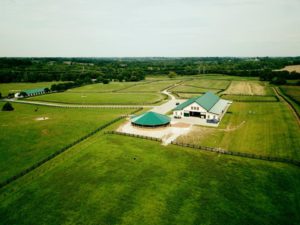