Born in the Bluegrass, Jordan Blair has been a Thoroughbred racing fan practically since birth. Well versed in all facets of the industry, Jordan attended his first Breeders’ Cup in 1988 at Churchill Downs. His mother, Debbie, worked for the organization as the Vice President of Customer and Event Services. Because of her role with Breeders’ Cup, Blair was very aware that there were many ways to work in the racing industry and that not all of them were hands-on with the horses. 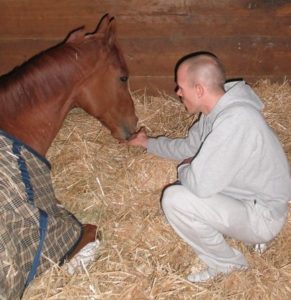 But hands-on is what Jorden preferred: To earn spending money as a teenager, he worked for the Keeneland sales for consignors like Taylor Made, as well as for Bluegrass Thoroughbreds and Pin Oak Stud. Jordan also worked for Gainsborough Farm and Dromoland Farm throughout high school and college.

After graduating from Tates Creek High School in Lexington in 1999, Jordan attended the University of Kentucky (UK), where he studied Agricultural Economics and Horticulture Science; he chose the Big Blue Nation for multiple reasons, including in-state tuition, the easy transition to college from home, its top-notch ag college and the fact that “I’ve always been a huge UK sports fan!” says Jordan.

After graduating from UK, Jordan went to Mississippi State to get a Master’s Degree in Agribusiness Management. It was while he was in grad school that Jordan stumbled upon the Kentucky Equine Management Internship (KEMI) program.

Required to complete an internship to finish his MBA, Blair found the KEMI program online and was immediately intrigued: “I was sold [on it] as it was in my hometown and I was anxious to graduate!” he explains. Jordan applied and, once accepted into the program, was placed on Pin Oak Stud in Versailles.

Home to a stallion roster that includes Broken Vow and Alternation, Pin Oak encompasses over 1,300 acres and cares for broodmares and foals in addition to its stallions. The farm is owned by Josephine Abercromie, a staunch supporter of both the racing industry and the local community—both of which Jordan was, and continues to be, passionate about.

“I learned many things at Pin Oak, including the ins-and-outs of operating a breeding farm, organizing broodmares and their cycles, weaning babies and handling stallions,” Jordan says. “General Manager Clifford Barry also taught me how to work smarter and to pay close attention to details. He was a strong mentor of mine.” 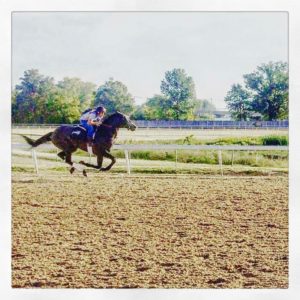 Making His Own Way

While Jordan received vast amounts of hands-on experience while working at Pin Oak, he also enjoyed the classroom and lecture portions of KEMI. He greatly appreciated the ability to be exposed to great professionals who worked in every facet of the Thoroughbred industry.

Once graduated from KEMI in 2006, Blair worked some additional sales, then got a full-time position in the front office of Ben-D Farm in Walton, Ky., where he worked for 2 years as office manager, taking care of accounts, booking mares to stallions, working with sales companies and consignments. He was also hands-on with delivering foals and prepping yearlings. After his time at Ben-D, Blair changed gears and became an assistant trainer, working under such notables as Mike Maker, Michael Ewing and Kenny McPeek. After eight years, he struck out on his own.

Jordan’s time in KEMI helped prepare him for what real life in the Thoroughbred industry is like. He strongly recommends that anyone looking to work in the Thoroughbred world complete the program; he notes that KEMI helped him understand that “there aren’t many ‘jobs’ in the equine industry–it’s more of a lifestyle: [There are] Not many days off.”

So what pieces of advice does Jordan offer potential incoming KEMI students? “Understand that you’ll start at the bottom, learn and work your way up. Be prepared to work hard and keep your ears open. You won’t see the benefit of mucking stalls and raking shedrows until you’re in charge of that sort of thing. Pick up as much knowledge as possible in the short time you have there. Go above and beyond what is expected–that is what sets you apart from others.”

And what was the hardest part of KEMI? Learning how to balance work and course work, Jordan says. Now married with a child of his own, KEMI helped Jordan learn how to balance multiple important priorities, as well as the importance of networking, and keeping close contacts inside and out of the industry.

Jordan still keeps in touch with other KEMI grads and he even does business with a few. He believes very strongly that KEMI provides a valuable service for the industry: “It provides good people for the farms during and after their internships; it also provides an ‘in’ for these students [those passionate about Thoroughbreds] who wouldn’t know any other way of going about entering this business.” 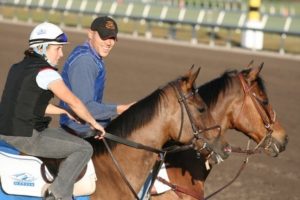 The Secret to His Success

So, is there one key to Jordan’s success? Not really. “It’s all been based on very hard (and smart) work, and the contacts I’ve made and kept over the years. I am always learning and always open to new ideas,” he says. “There is so much more to running a business than knowing how to deal with horses, and I’ve learned many lessons by making mistakes. I’ve had some very hard times, but by persevering and not giving up, I’ve been able to grow my stable.” 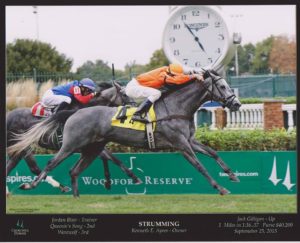 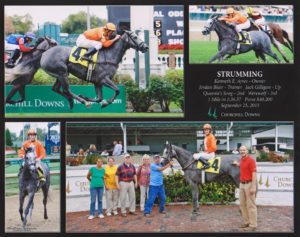 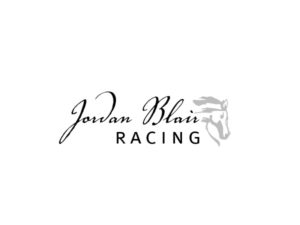